Hemauer and Keller: observing the sky for the next 30 years

Zurich-based artists Christina Hemauer & Roman Keller present their latest work, Observing the Human Skies, at the Museum of Contemporary Art Belgrade. As winners of the Collide Pro Helvetia Award in 2019, we spoke to the artists about their upcoming residency in the Laboratory, their aim to observe the colour of the sky for the rest of their lives, and the role of art in the climate crisis.

In 1787, Swiss physicist Horace-Bénédict de Saussure climbed the 4810-metre-high Mont Blanc, the highest mountain in the Alps, with a clear goal in mind: to demonstrate that the blueness of the sky changes with height. In the following years, Saussure developed the Cyanometer – an instrument to measure the intensity of the colour of the sky, consisting of a circle of paper dyed in increasingly deep blues. The current scientific community seems, however, incurious about its distinct hues. The latest report from the UN's Intergovernmental Panel on Climate Change (IPCC) has left us feeling full of despair for the planet's future. Still, it does not direct our gaze up to the 'unequivocal' impact of human activities in the sky blueness.

Sharing Saussure's fascination, Swiss artists Christina Hemauer and Roman Keller have for several years dealt in their artistic practice with the colour changes of the sky due to the global climate crisis and geopolitical choices. From their work with climate scientists, the artists admitted being surprised by the lack of scientific interest in the sky's blueness. “Climate researchers assume that the colour of the sky has already changed and will continue to change in the future. The argument of Reto Knutti, a climatologist at ETH Zurich, affirming that the sky colour is not a relevant scientific value, provoked us. We thought that this is where art has to come into play.” 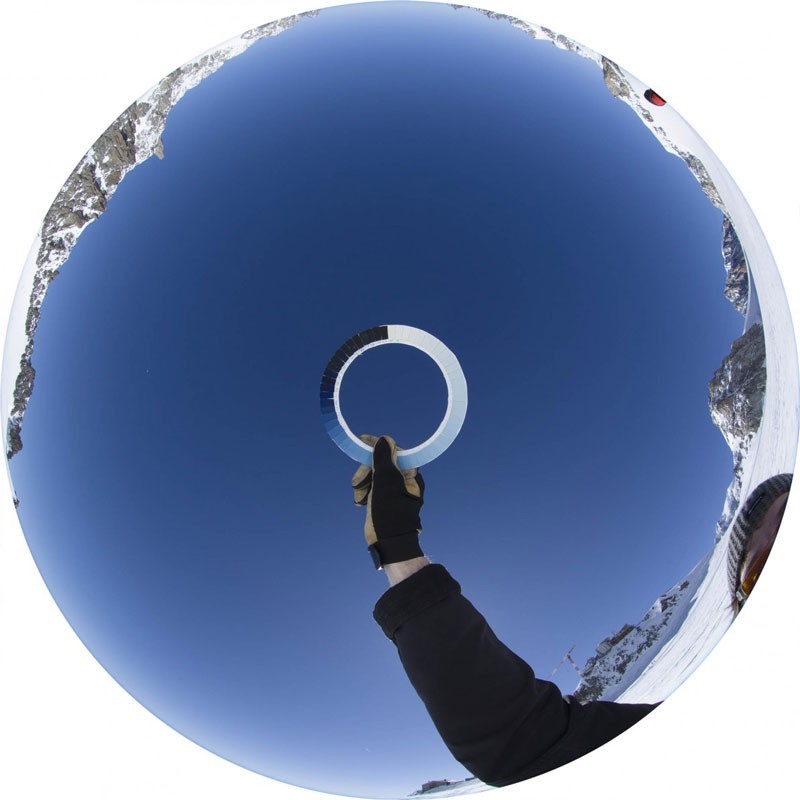 Christina Hemauer & Roman Keller, Concerning the Blueness of the Sky, 2015. Measurement with a reproduced Cyanometer on Col de Géant. Courtesy the artists

From reproducing Saussure's Cyanometer in Concerning the Blueness of the Sky, 2015 to developing solar balloons to fly to the lower stratosphere for Voyages atmosphériques, 2016, the artist duo seeks to observe and measure the colour of the sky for the rest of their lives. “In the Middle Ages, we believed in place of God in heaven. Today, we have to admit that we have a part in shaping the sky. Like all the changes occurring because of climate change, it scares us. At the same time, we have no choice but to take responsibility for what we do.” 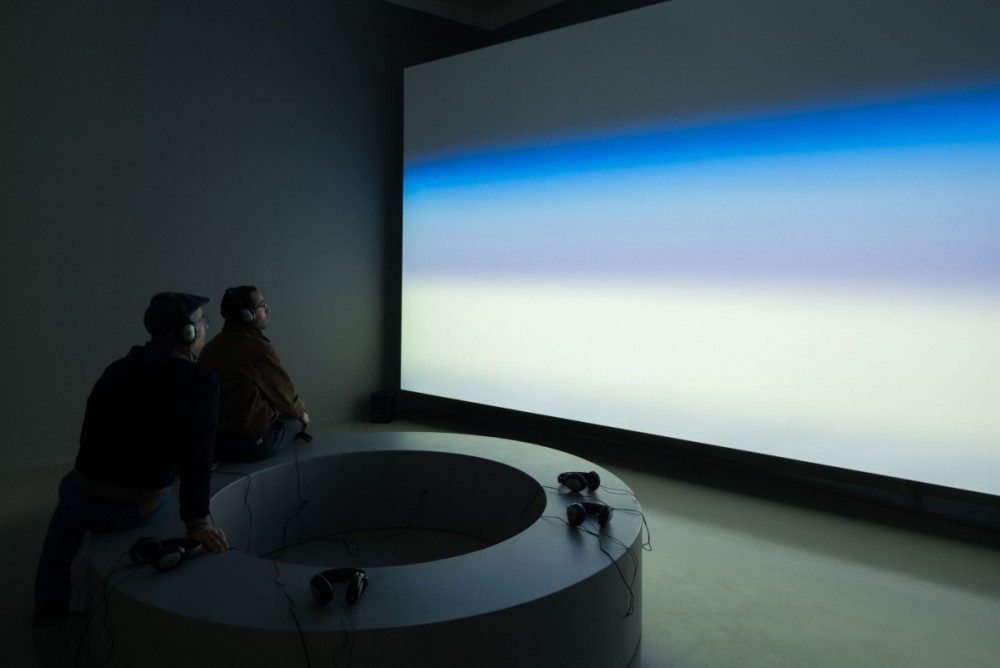 Their joy in technical inventiveness is encapsulated by their latest work Observing Human Skies, 2021, now on view at the Museum of Contemporary Art Belgrade's overview effect exhibition. This first prototype of an all-sky, self-cleaning camera with a 180° fish-eye lens takes two pictures every 30 seconds and will do it over 100 days. A time-lapse video of the everyday images is then looped on a video installation in the exhibition space, accompanied by an interview with Serbian climate scientist Vladimir Đurđević. 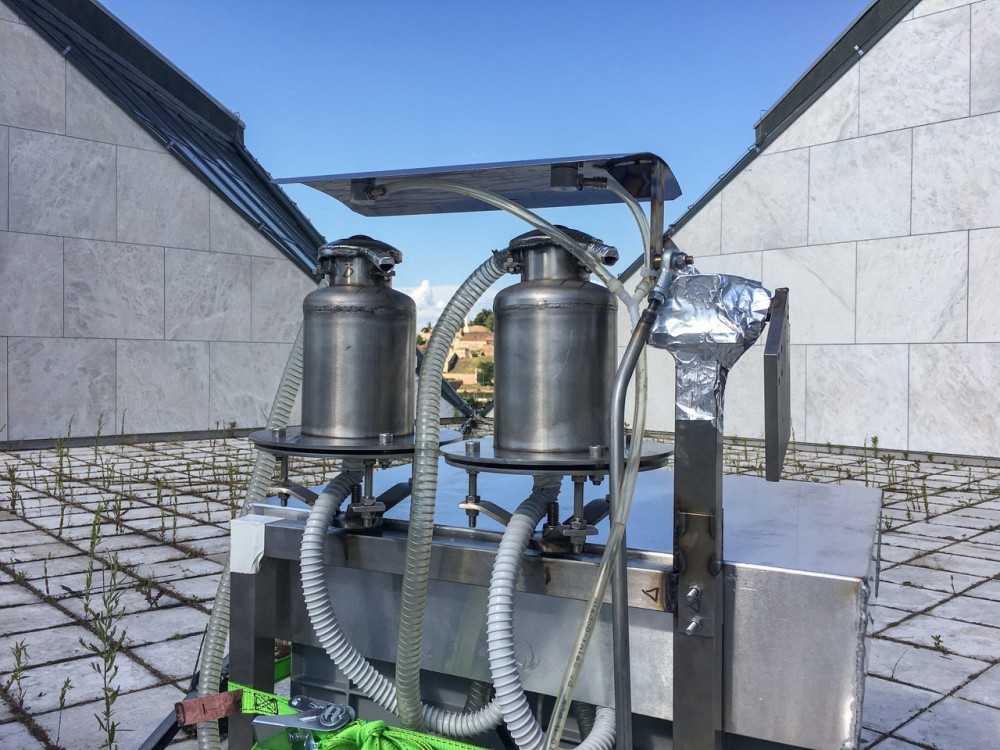 The measuring device is deliberately placed on the museum's rooftop, becoming the ever-changing colours of the sky part of the museum's collection. “We would like to build a bridge between museums and science with a series of data from sky images taken at least during 30 years.” Although a set of observations spread over only 100 days is not an adequate basis for scientific research, the artists intend to extend the time frame of data collection. “The aim is to obtain data good and valuable enough, so it can also be used scientifically. We are in contact with various scientists to achieve it.” 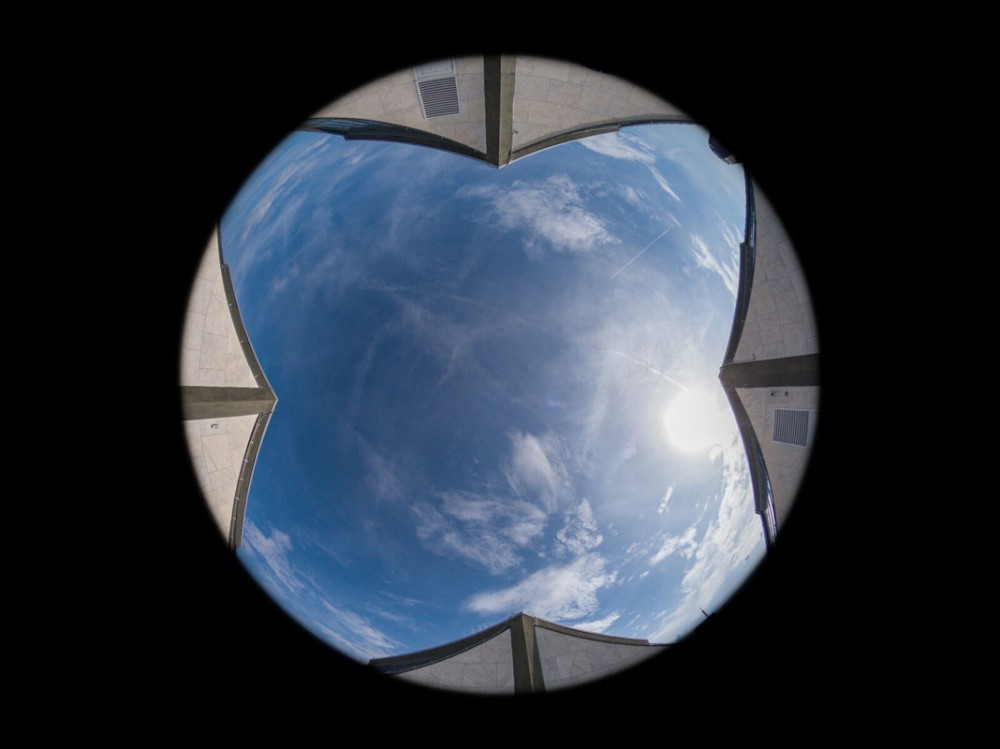 Christina Hemauer and Roman Keller, Observing Human Skies, 2021. Image of Belgrade's sky obtained from the camera with a 180° fish-eye. Courtesy the artists

Next fall, Hemauer and Keller will continue their residency at CERN as part of their Collide Pro Helvetia Award – now Connect, a three-month residency at CERN for Swiss artists – postponed due to Covid-19. In their project, the artists proposed cooperating with the CLOUD Experiment, which studies the possible link between galactic cosmic rays and cloud formation. They aim to develop their solar balloons so they could fly on top of a cloud layer, but they are open to the inputs of the Laboratory's research and scientists. “We like the idea of ​​building something that sits on a cloud itself. The intention is also to be able to include some instruments to find out more about the clouds. We know we will measure cosmic rays with a CERN sensor. The rest is currently under discussion.” 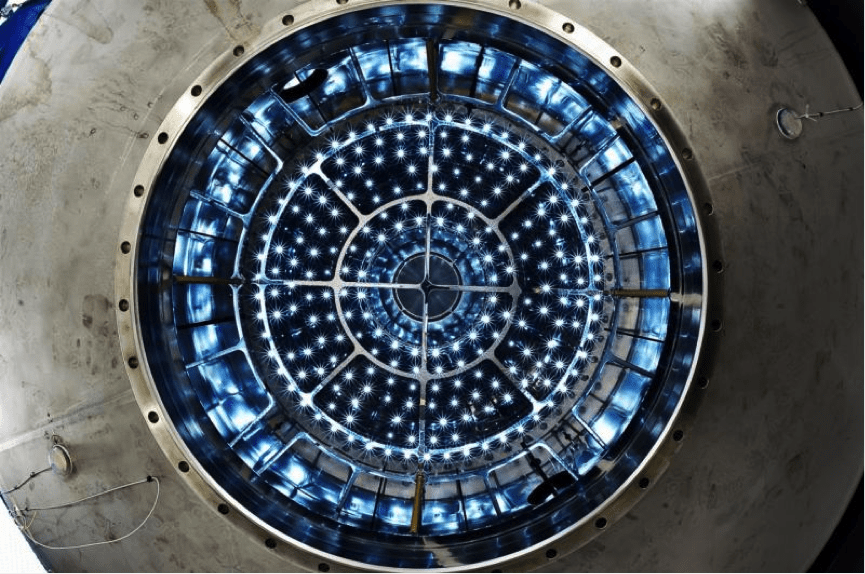 The CLOUD experiment at CERN. Photo by Maximillien Brice © CERN

The artists argue that the sky's colour could change in either bluer or whiter direction, shaped by how human activity evolves. “With a reduction in the emissions of soot particles produced by burning fossil fuels, the sky would get bluer. This has already happened in Western Europe and North America with the introduction of catalytic converters; the phenomenon is called Global Brightening.” The artists also point out the geoengineering practices that might influence its colour. “On the other hand, researchers have been thinking for a long time to slow down climate change with the targeted introduction of sulphate particles into the upper atmosphere. In this way, parts of the sunlight will be reflected, and its scattering will change,1 which would make our skies whiter.”

Artistic practices shed light on the complexity of the ecological problematics, as Hemauer and Keller did what Saussure originally intended – gently directing our gaze back to the sky. Still, the artists stay cautious about its influence. “Art can certainly raise a few critical questions and sharpen awareness of things that are not in focus. However, we should not overestimate the role of art. As with fundamental research, art is of partial social interest. Both have always provided essential insights and knowledge, which, however, often only arrive at the mainstream much later. Concerning climate change, they might even arrive too late.”