Leslie Thornton presents the film Ground, 2020, an Arts at CERN’s commission filmed during the artist’s visits to the Laboratory, at this year’s Art Basel Unlimted

In a career spanning nearly five decades, American artist Leslie Thornton has produced an influential body of work in film and video. Her early encounters with experimental, structuralist, and cinéma vérité traditions as a student in the 1970s fuelled her iconoclastic take on the moving image and gave shape to her practice of weaving together her own footage and voice with archival film and audio. In part through her dynamic use of sound, Thornton exposes the limits of language and vision in her works, while acknowledging the ways that language and vision nevertheless remain central to scientific discourse and narrative in general.

In January 2018, Thornton first came to CERN with British artist James Richards as part of the Guest Artists programme, with whom she has collaborated since 2016. During their short stay in the Laboratory, they explored artistic ‘collisions’ by combining their individual interests and practices. This collaborative work led to the creation of Abyss Film—a one-hour collage of excerpts, raw material, sonic impulses and new experiments incorporating footage filmed in the Laboratory. Commissioned by the 2018 Biennale de l'Image en Mouvement at Centre d'Art Contemporain Genève, each event explores X-ray imaging, particle physics, atomic bombs and the visualisation of the unknown in a different way. 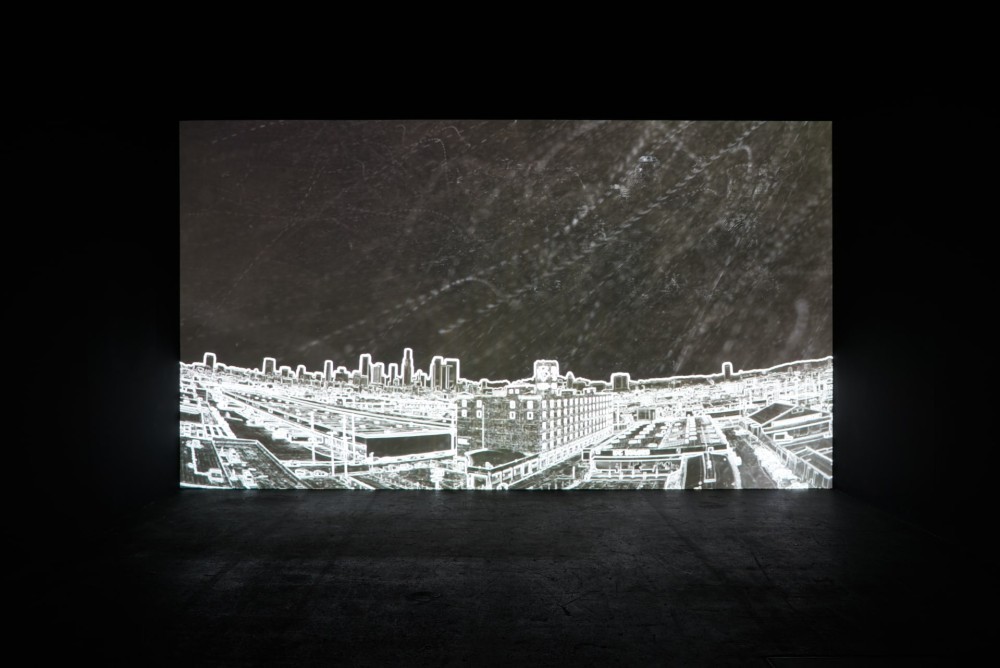 Thornton produced Ground film’s material during her second Guest Artist stay at CERN in 2019, as well as her residency at the California Institute of Technology. Ground features a CERN physicist discussing his research on CP violation on kaon decay, merged with altered footage of the sprawling Los Angeles skyline. Through digital manipulation, Thornton simplified the video sources to a series of pulsating lines, waves, and grids that evoke both the ‘snow’ of television static and visualizations of energy frequencies, transforming documentation into something closer to animation.

The scientist's research expounds on the work of American nuclear physicist and 1964 Nobel Prize winner Val Fitch. Fitch is a figure of interest to Thornton because he attributed his scientific career to a Norwegian friend, Thornton’s father. Though most of his scientific explanations might seem inaccessible to those without specialized knowledge in particle physics, it is his mode of address that Thornton was interested in conveying. For Thornton, the physicist, who she refers to as an ‘anti-matter guide’, functions as a kind of shaman. What the artist calls the act of ‘witnessing speech’ is a crucial thematic from her earliest works. In Ground, speech becomes a dominant force that appears to animate the video’s abstracted visual universe. 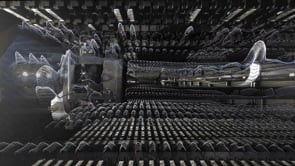