Erich Berger: ‘Particle physics connects with my interest in stories that unfold themselves’

Having finished his residency at the Laboratory, we delve into Berger’s encounters with the scientific community, his interest in physics phenomenology, and his continuous search for Spectral Landscapes

‘The permanent change of scales and how it can be thought of, not necessarily in a sentence but in a mathematical equation, and how it then takes shape in the world, was fascinating’. Last December, Helsinki-based artist Erich Berger concluded his residency at CERN to further explore his artistic research, Spectral Landscapes.

Over the last two years, Berger has conducted intensive fieldwork in different regions in Finland, exploring naturally occurring radioactive mineralisations through custom-made devices based on similar principles that some detectors employed at CERN’s experiments. The instruments he created are built with a SiPM (Silicon Photo Multiplier) and a CsI(Tl) (Thallium activated Cesium Iodide) scintillation crystal, which absorbs the emitted gamma photons and translates them into electric pulses. A microcontroller counts these SiPM pulses and determines their geolocation. Either walking or flying a drone, he maps fields of several hectares produced by natural uranium and thorium mineralisations.

The collected data allows Berger to portray the fields’ contours as bodies that rise from the radioactive rocks as intrinsic characteristics of the landscape. Berger refers to these bodies as spectral since ‘their presence is ghostly and can only be detected via extra-sensorial means.’ Berger’s protocol is not time-critical, as he assumes the field will stay constant within our human timescale. However, he argues that invisible but present; these gamma bodies are part of our planet’s inherent processes in deep time. 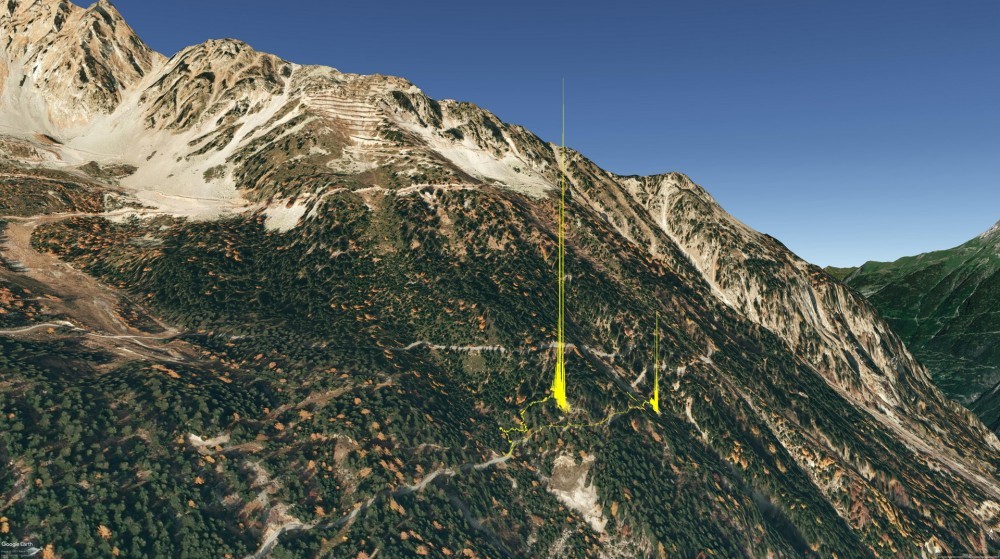 Berger started the residency with various curated meetings and visits per day to explore his research questions. Interested in all forms of detectors and their working principles, he connected with scientists and experiments working on detecting technologies to support the development of his sensor device. Engineer Michael Campbell and physicist Pinelopi Christodoulou introduced him to the Medipix collaboration. This team works on the design of hybrid pixel detector technology based on the working principle of a camera, detecting and counting each particle hitting the pixels when its electronic shutter is open.

Experimental physicist Marco Silari, working at the Radiation Protection Group, supported Berger on the process of calibration of his detector. To inform his fieldwork and mapping with drones, Berger engaged with geomatics engineer Youri Robert, learning about the Design Office and Patrimony service’s project that uses drone photography to map high-resolution areas through photogrammetry. 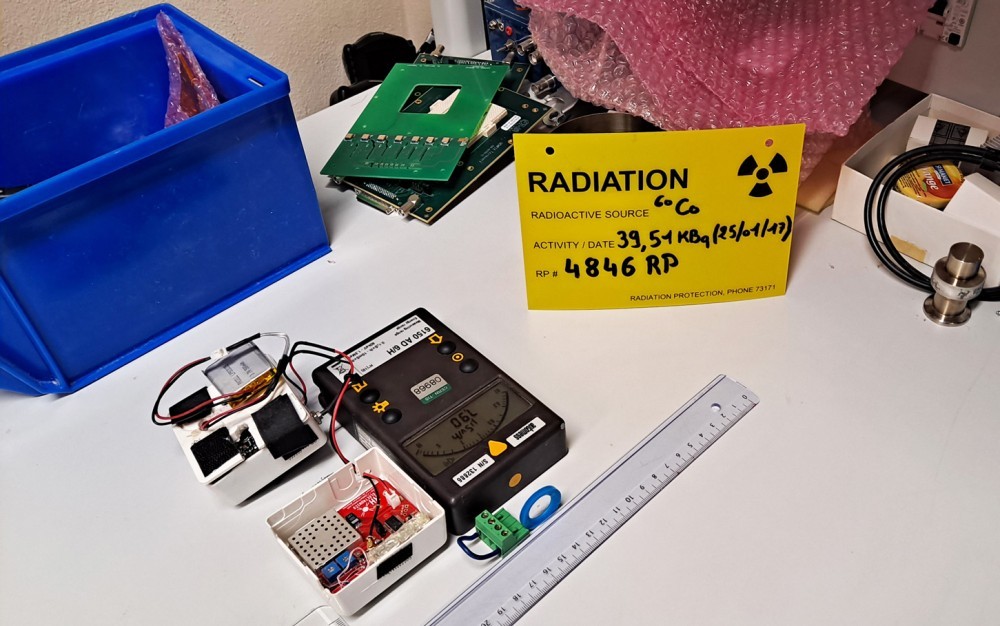 Berger's DIY gamma detector is calibrated against a check source and radiation meter. Courtesy the artist

The artist spent part of his residency getting to know some of the most intriguing research facilities, such as the Antimatter Factory with experimental physicist Michael Doser, The Synchrocyclotron (SC) with Antonella Del Rosso, as well as visiting some experiments at the Large Hadron Collider, the ALICE and the CMS detectors with physicists Chiara Mariotti and Despina Hatzifotiadou. ‘Everyone was extremely generous, and I quickly felt like I was part of CERN. Everyone I met had a genuine interest in the meeting and the exchange. To me, it seems that this interaction is part of the DNA of the Laboratory and the arts programme’, Berger commented about his encounters with scientists, engineers and the staff of CERN. 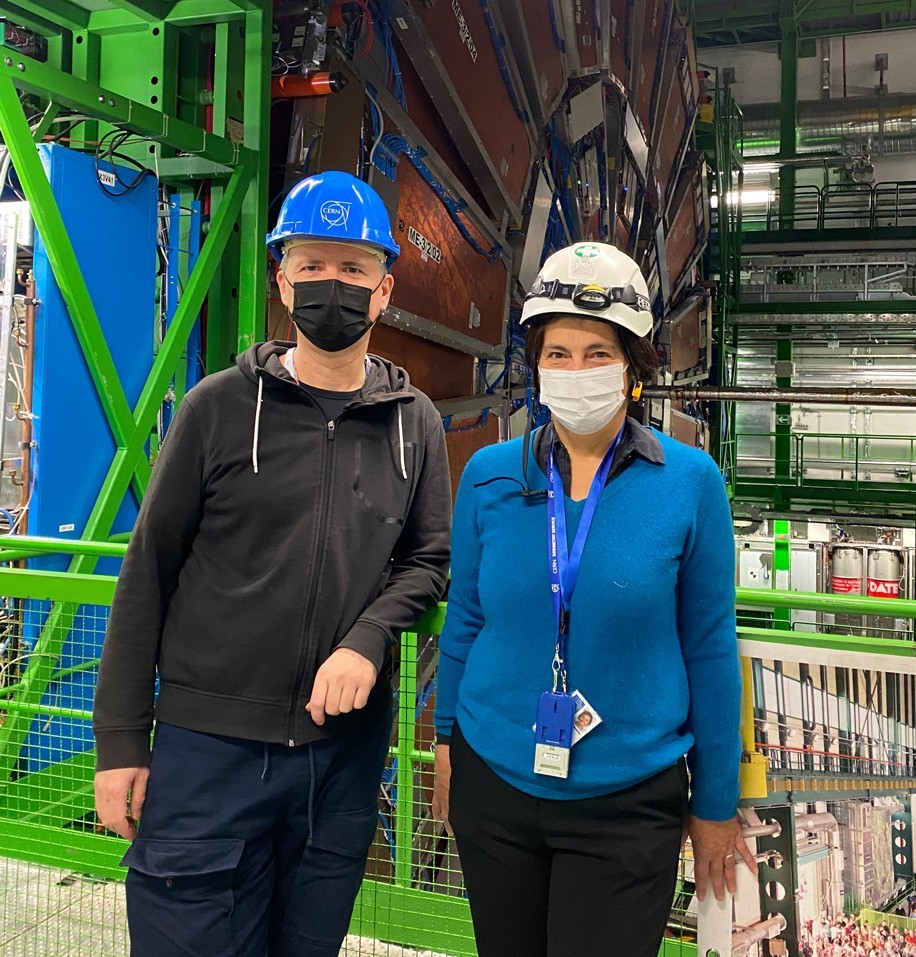 During his residency, Berger coincided with Geneva-based performance artist Yann Marussich and Berlin-based artist and filmmaker Rosa Barba, both residents at CERN. The three artists had the opportunity to share their experiences and exchange their ideas through several visits, including the CERN Axion Solar Telescope (CAST) with physicist Marios Maroudas. His job consists of searching for axions – hypothetical particles that could explain differences between matter and antimatter in processes involving the weak force.

Berger is also interested in particle physics phenomenology, which focuses on the observable consequences of fundamental particles and their interactions. This interest connects with Berger’s notion of ‘radical witnessing’ – his proposed artistic strategy looking into storytelling through materials and objects performing the story attached to them, without being represented by something else that might pull it into a more comfortable frame of reference for us. ‘I am interested in [particle physics phenomenology] because it resonates with my work and what excites me as an artist: to enable a story to unfold itself and through itself. Instead of using metaphors or representations, I let the story speak with inherent materials or processes.’ 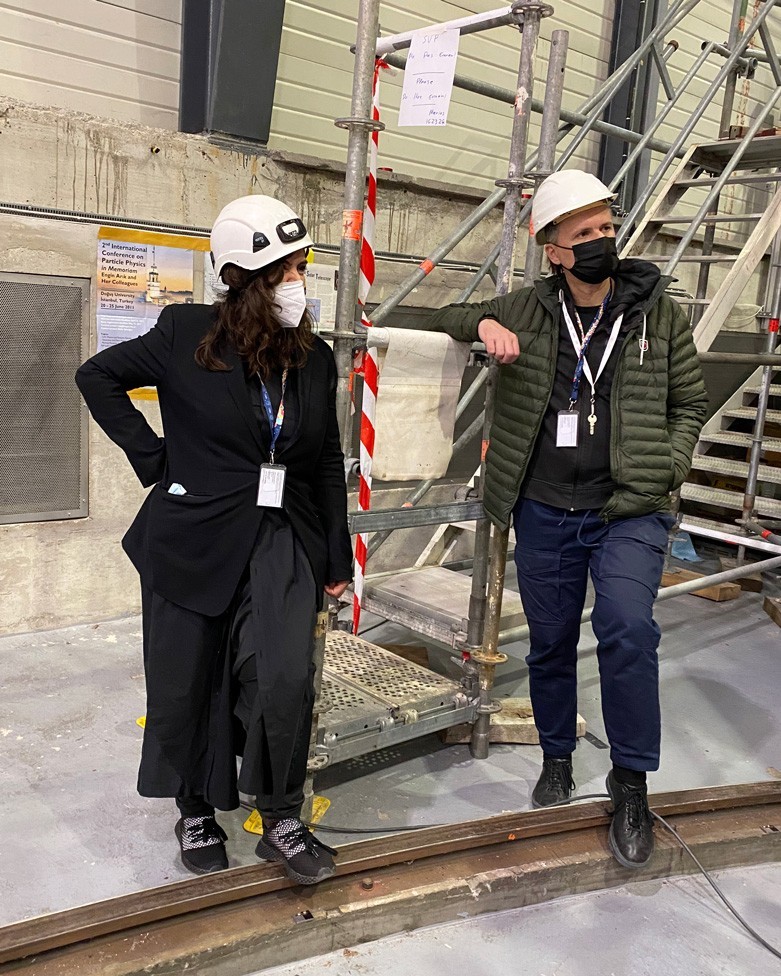 At the Data Centre – the heart of CERN’s scientific, administrative and computing infrastructure – Berger conducted various sound recording sessions in his search for Spectral Landscapes. Using a particular device with magnetic coils and a Plonk Studio’s piezo microphone, he tapped into the electromagnetic fields of the data servers and transformed them into sound. In this way, Berger could hear the incoming data, the power supplies, and the cooling ventilating systems, revealing a spectral soundscape beyond the human hearing frequency range but an inherent part of the data centre’s ongoing processes. As described by the artist, ‘these sounds are really rich and diverse.’

Intending to portray these noises, Berger scanned the data servers with an infrared camera. Also beyond our visual capacity, these multicolour images depicted the different temperatures of each component in relation to their function in the infrastructure. As described by the artist, ‘the power supplies and the cooling fans show up red as they heat up when carrying a lot of power or transport the heat out of the chassis, which itself registers blue on the image marking as cool as it should’. He combined the electromagnetic noise with the infrared images to make a test film of the data centre, showing some of its invisible and inaudible emanations. 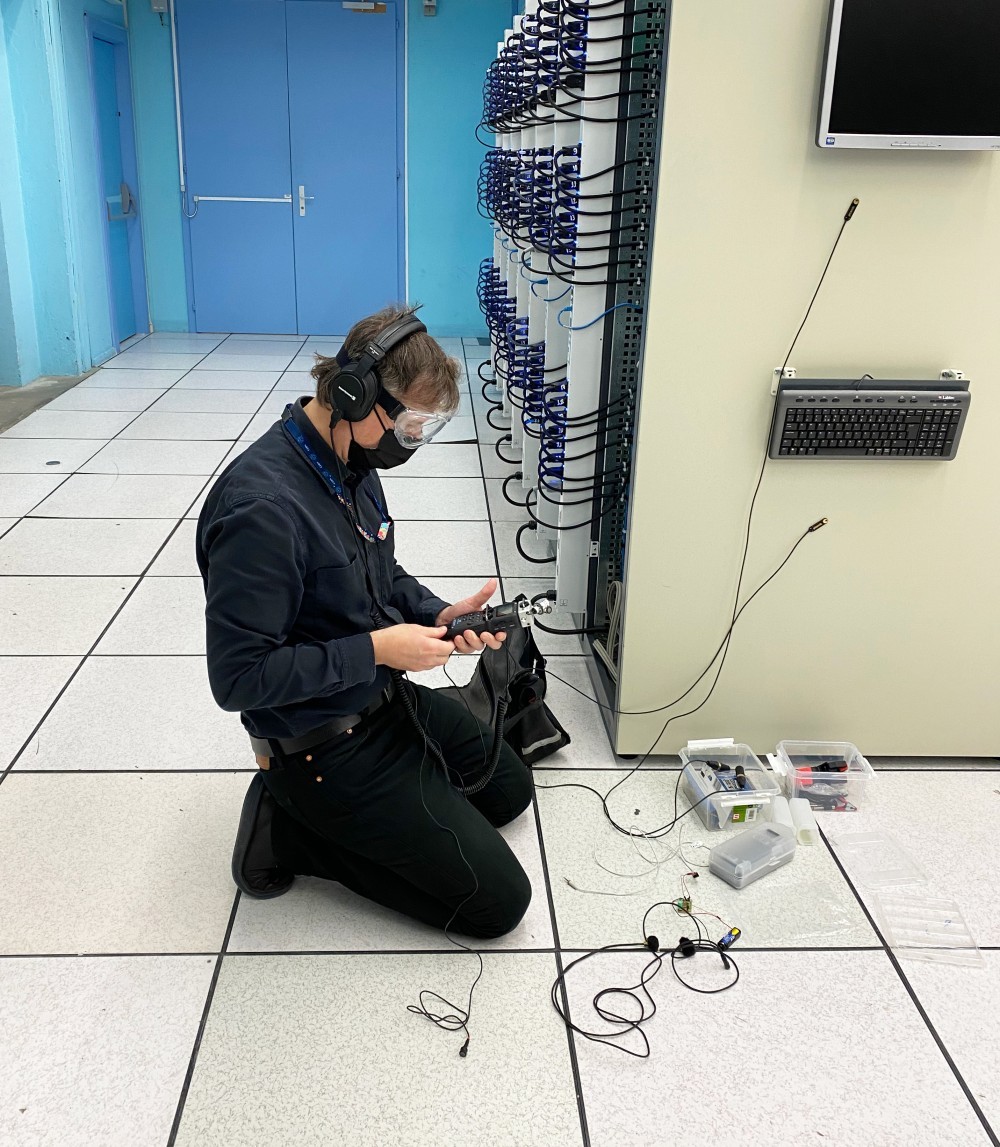 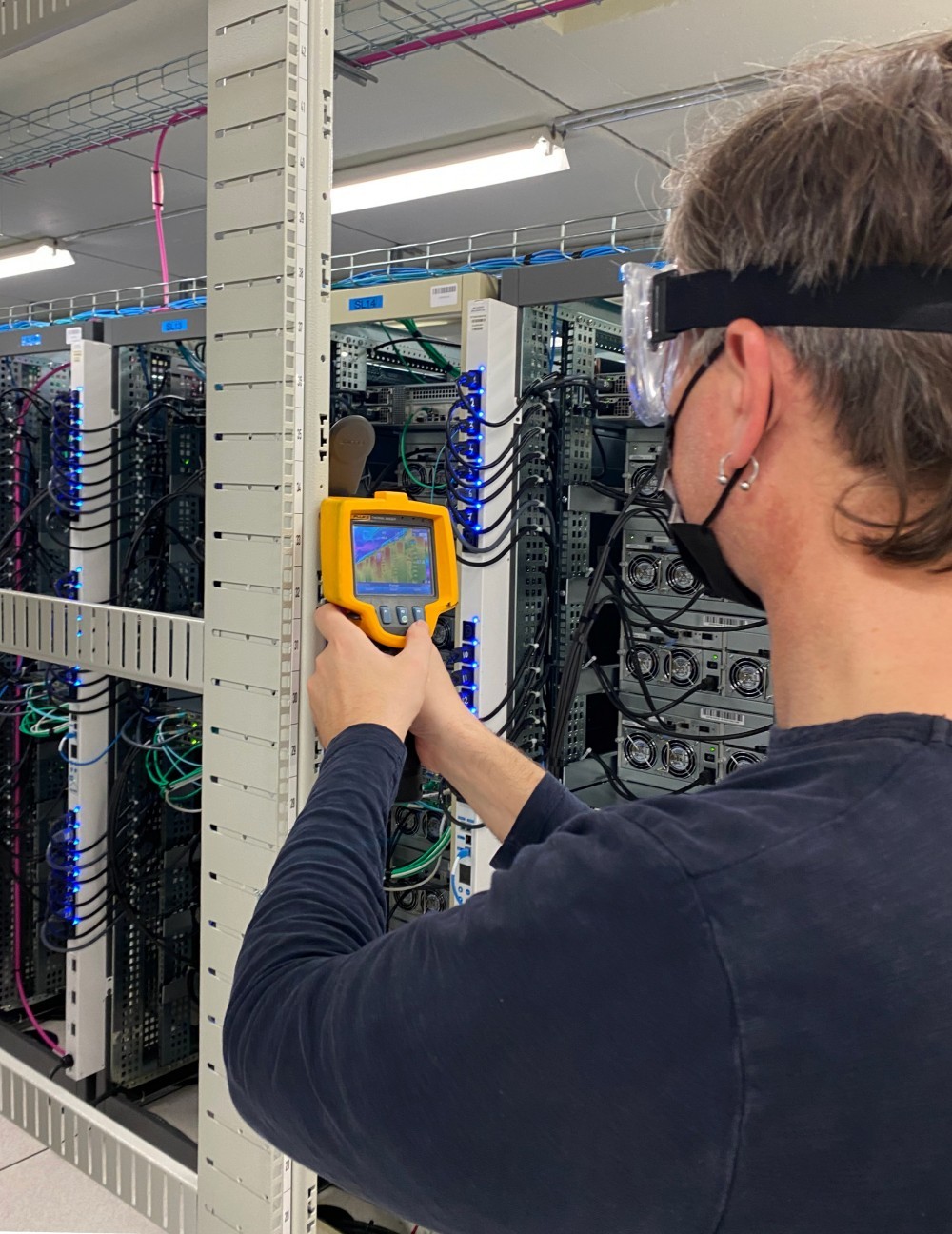 Berger scanning the data servers with an infrared camera 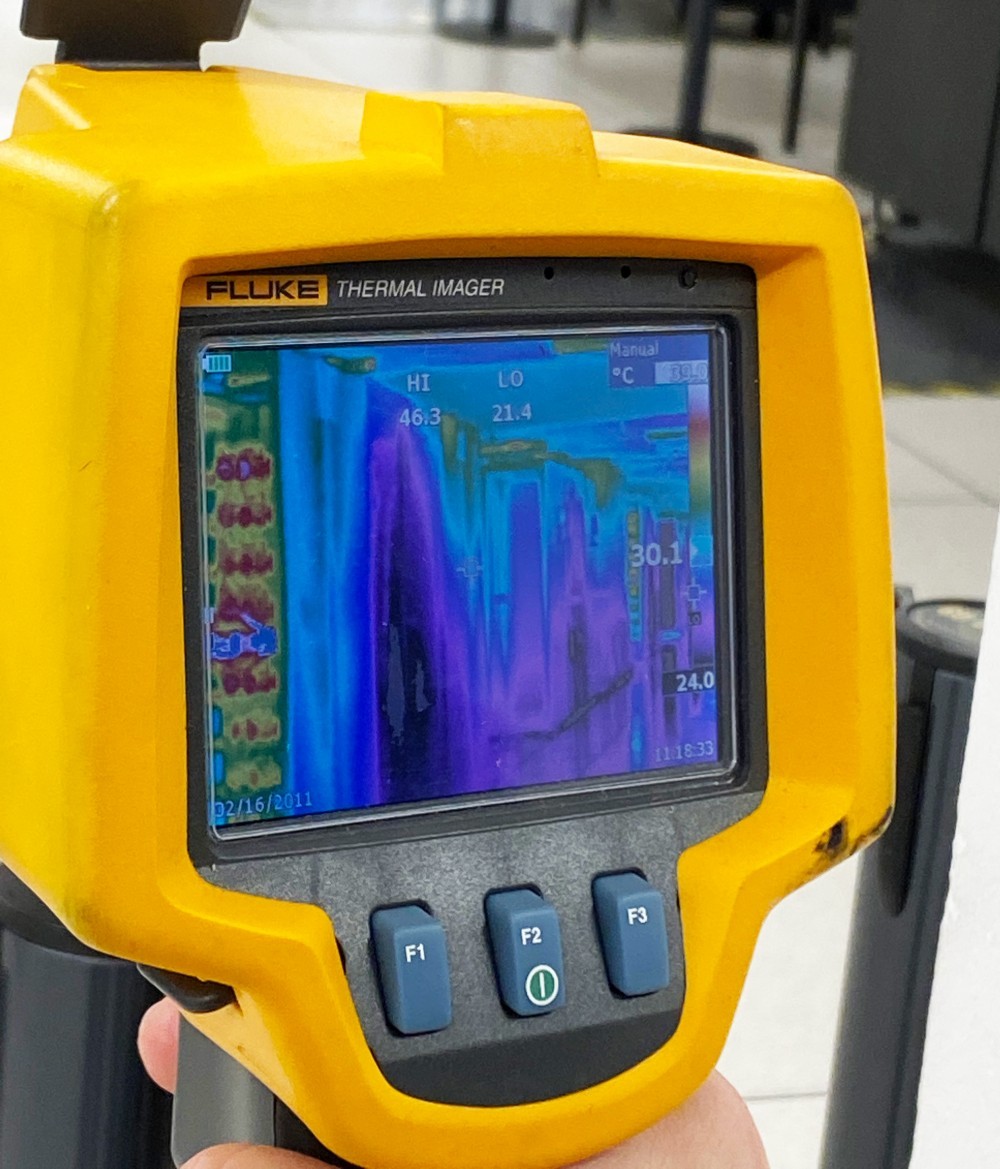 As a standard methodology in his practice, Berger made a field trip to a uranium prospect in the Chablais Alps, two hours from CERN. He located it through a scientific investigation conducted between 1957 and 1984 that described numerous radiometric anomalies and several uranium occurrences in the mountain ranges. After a couple of hours of ascent, Berger located a prospecting area between the mountain peaks of Dent du Salatin and Luisin and mapped its gamma radiation distribution. Using Google Earth, Berger recorded its geolocation and digitally rendered the collected data to give an impression of these spectral bodies. Some of these landscapes are various metres long, fading into the sky and merging with continuous background radiation and particle showers in the earth’s atmosphere. 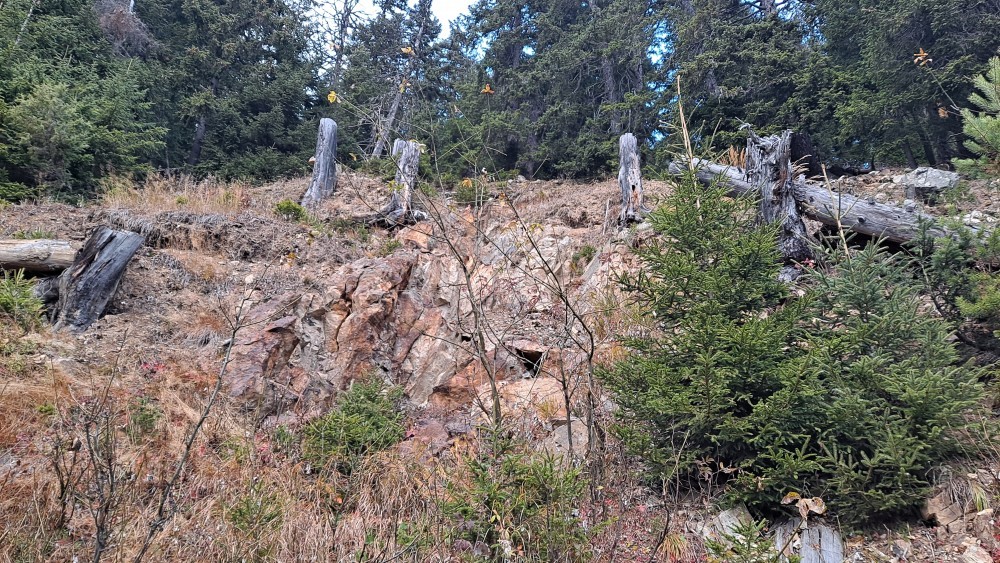 An uranium ore body found by Berger during his fieldwork in the Chablais Alps. Courtesy the artist 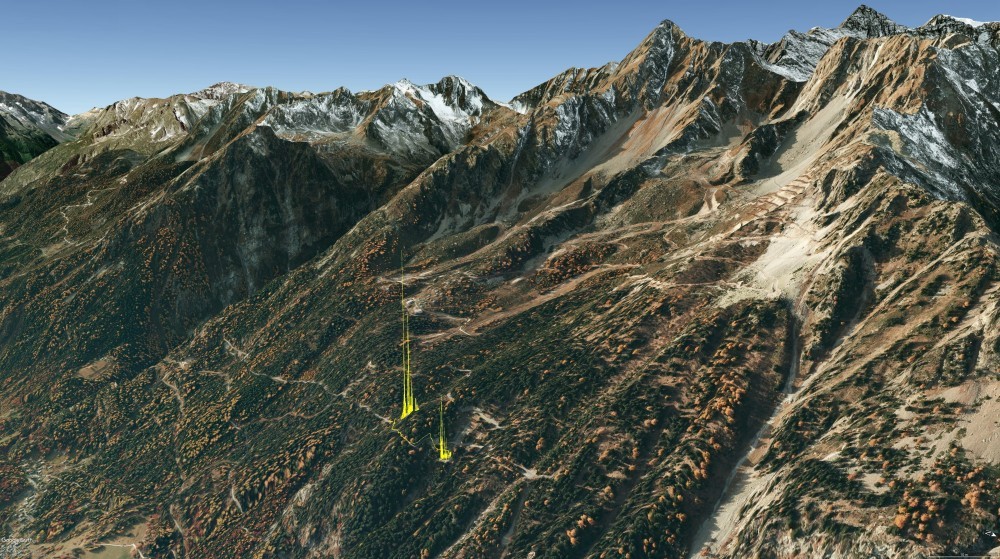 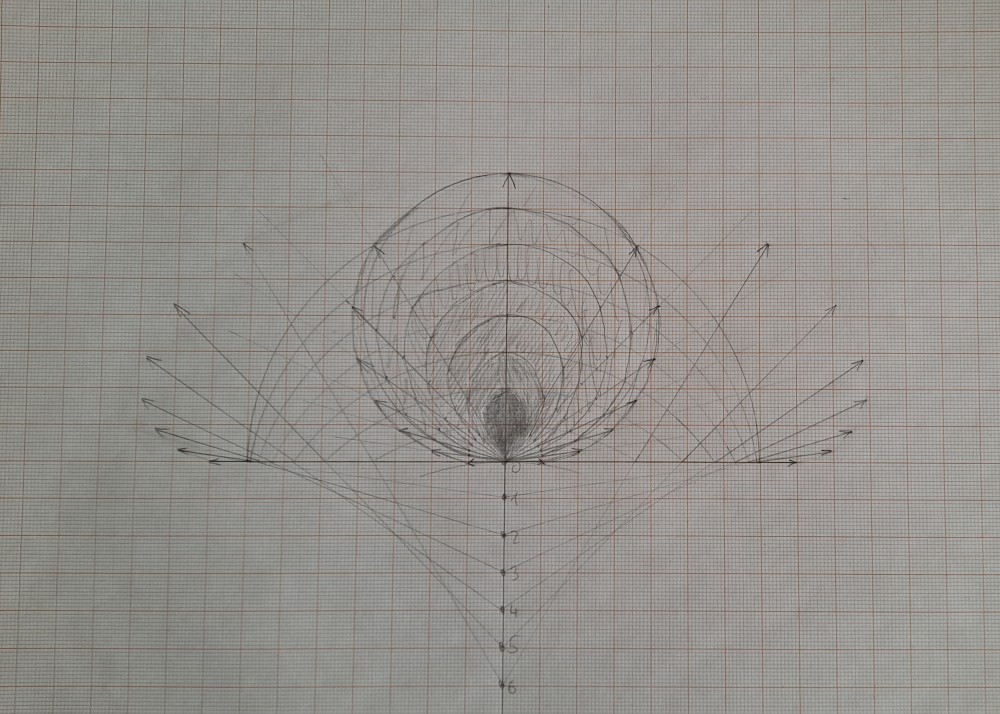 Berger has started producing a new Spectral Landscapes work series, collaborating with a Slovenian arts organisation. ‘It will be heavily informed by my experience at CERN and will imply a step from the previous image and video-based work into the landscape.’ While Berger cannot advance us more about the work, he remarked, ‘There are certainly many smaller and larger ideas resulting from my time at the Laboratory that I would like to test and explore. I still need to go through so much material, and I also want to take the offers from some CERN researchers to continue our conversations.’

Asked about his overall experience, Berger shared the uniqueness of his time at the Laboratory, ‘I need to express here my gratitude for the Arts at CERN team and all the scientists and staff who spent time with me. My residency turned out to be one of the best experiences I ever had.’

Accelerate is a country-specific residency programme of one month. Accelerate Finland is organised in partnership with the curatorial platform Capsula (art-science-nature)

Article by Ana Prendes, Communications Producer at Arts at CERN