Switzerland and Chile host some of the most singular scientific instruments globally, dedicated to understanding the origins and the evolution of the universe. The Simetría award was created to foster experimentation in art and fundamental science and promote exchanges between artists and scientists working or living in both countries. The award invited two artists for the dual residency to research new expressions in their artistic practices and further develop them into art productions. In 2019, the first artists in residence were the Chilean artist Nicole L’Huillier and the Swiss artist Alan Bogana. This dual residency is now part of Connect – a programme of residencies to foster experimentation in art and science at CERN, and in scientific organisations worldwide, in partnership with Pro Helvetia. 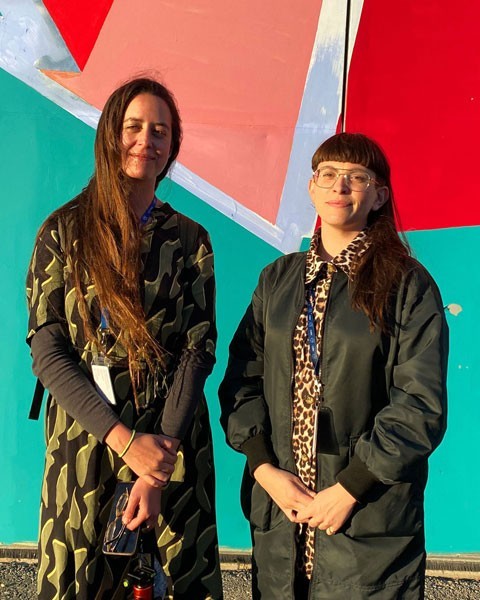 Chilean artist Patricia Domínguez and Geneva-based artist Chloé Delarue were the recipients of the Simetría Award in 2020. Combining experimental research on ethnobotany and invisibilised healing practices, Patricia Domínguez’s art focuses on the relationships between species to challenge the effects of colonial capitalism, ecological destruction and digitisation. Her works take the form of sculptures, videos and publications that trace relationships between humans, animals, plants, talismanic objects, and elements of global culture. Her practice is directly connected to her activism, as she understands art as a field of possibility to allow multispecies coexistence and the common well-being. Recent projects such as A Vegetal Encounter (2021) at La Casa Encendida (Madrid), her five futurist totem poles housing reproductions of several ethnobotanical exhibits from South America and Europe, act as a tribute to the narratives of violence and healing depicted by the displayed material.

The starting point of her Simetría project is the investigation of her grandparent Samuel Claro, a musicologist that researched the astronomical basis of La Cueca, Chile’s National Dance. Its semicircular movements and turns around the dance partner are based on planetary movements. As the artist explained in a recent interview with Corporación Chilena de Video, this choreography was also a method to find one’s way around the desert in Chile. About Simetría, Domínguez remarked that she is open to the experiences and exchanges with scientists during the residencies. Still, she aims to extend her grandparent’s research to re-choreograph a dance informed by the movements of subatomic particles investigated at CERN. In the Laboratory, she also seeks to film a video that connects the quantum world with the spiritual, in a request of decoding and recoding how we understand reality. In the video, a cyborg woman will be guided by a bird-robot, travelling through the “quantum worlds” of CERN, ancestral spaces in the ancient petroglyphs in Chile’s Atacama Desert, and the world's most precise observatories at the ESO Astronomy facilities.

In the artist's words, “my artistic research has been focused on the multispecies relationships that we establish in the 21st century between humans, animals, plants, and the elementals of the earth, such as the fires in the Bolivian Amazon or the water crisis in Chile. Being part of Simetría will expand these relationships in a fractal way, expanding them to the cosmos and folding them back to the fundamental particles that make us up”. 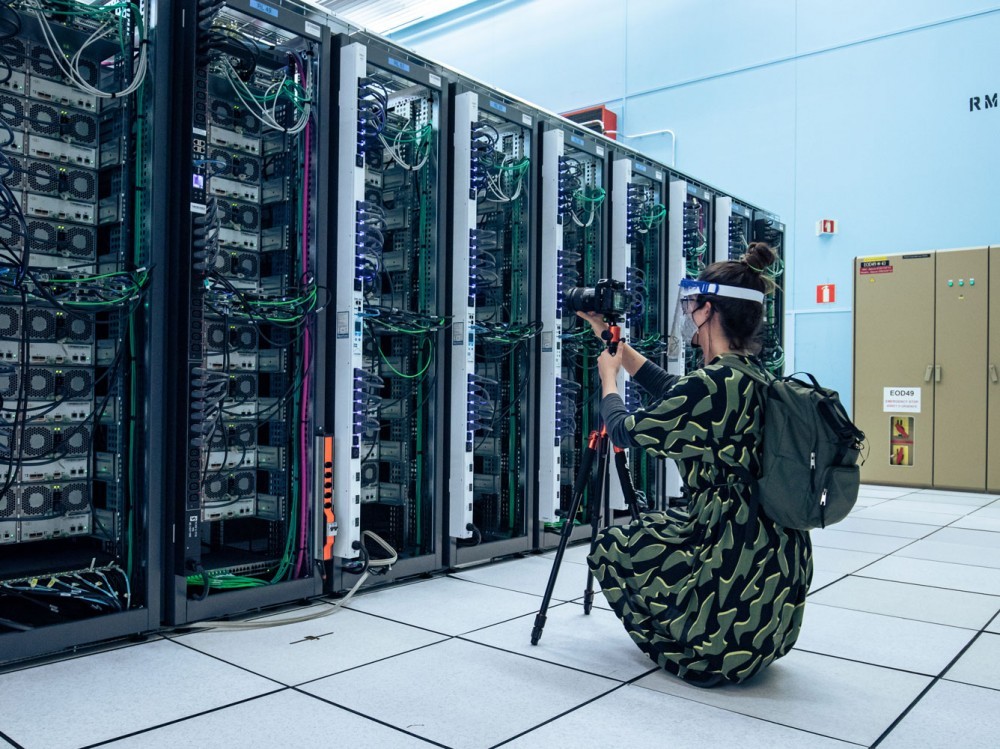 Under the acronym TAFAA, standing for Toward A Fully Automated Appearance, Chloé Delarue develops installations merging sculpture, video and sound, which the artist calls “environments”. Through the recurrent use of certain materials such as latex, metal frames, plants, electrical wires, disassembled computer screens and neon lightings, these environments embody what curator Adeena Mey calls “technological hallucinations”.

Delarue addresses the impact of scientific and technological advancements while bringing speculative fiction into play. Their work unfolds in several series, balancing the constant element – TAFAA – seconded by subtitles for each show iteration. Delarue recently received this year’s ​​Visual Arts Grant of the City of Geneva and one of the Art Pax Awards 2021, which supports Swiss artists working with media technologies and reflecting on their effects.

Regarding her encounters with scientists during her residencies, Delaure commented, “The rare possibility of being able to meet, share and observe people whose research deals with the observation and analysis of facts as abstract as they are physically constitutive of our universe, will allow me to have access to an oral and visual vision that questions the different levels of the objectivity of reality”. 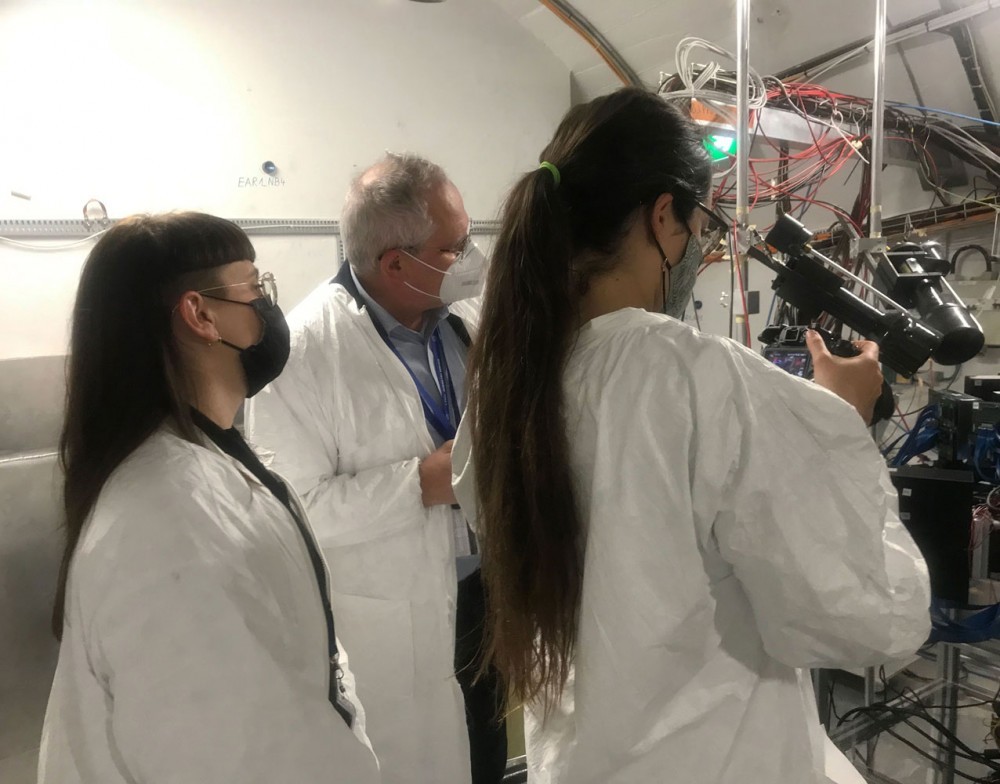 At CERN, the artists are exploring CERN's broad research supported by scientists and engineers to explore new expressions in their artistic practices. In conversation with research physicist Michael Doser, they explored CERN’s Quantum Technology Initiative, which has recently unveiled its roadmap to exploit quantum technologies for high-energy physics and beyond. They also visited several laboratory facilities, including the Data Centre guided by IT Technical Coordinator Xavier Espinal, the n_TOF Experiment with physicist Alberto Mengoni, and the ATLAS Experiment guided by physicist James Beacham. During the next two weeks, they will continue their encounters with the scientific community and extend their research in connection with fundamental science.