LUMA Arles: Screening and conversation on the artwork Mass

As part of the 2021 edition of LUMA Days, French artists June Balthazard & Pierre Pauze present their film Mass, followed by a conversation between the artists and one of the protagonists of the film, CERN particle physicist Chiara Mariotti, and moderated by curators Hans Ulrich Obrist and Martin Guinard.

From 16-18 September, the LUMA Days proposes a reflection on ways of navigating and tracing trajectories within changing realities. Taking place at La Grande Halle in Arles (France) and online, LUMA Days invites artists, thinkers, scientists, and the public to discuss the concept of recomposition; to propose ideas about the future, and to create new narratives and new forms of exchange.

On Saturday 18th at 2:15pm, June Balthazard & Pierre Pauze's film Mass, 2020 will be screened. Staged by two eminent scientists in their own roles–Chiara Mariotti (CERN particle physicist, EPS Emmy Noether Laureate 2018) and Michel Mayor (Astrophysicist, Nobel Prize 2019)– the story takes place in an imaginary world in which a long-announced ecological disaster has occurred. In this tale of anticipation, humanity, plunged into a long night, faces an unprecedented crisis. While waiting for the dawn, scientists seek to understand this enigmatic natural phenomenon. The stretched night pushes them into existential questioning. They wonder about a vibratory substance that, in ancient beliefs as in the most current science, would link humanity and nature.

The film screening will be followed by a conversation between the artists and one of the protagonists of the film, CERN particle physicist Chiara Mariotti, and moderated by Martin Guinard, co-curator of LUMA Days, and Hans Ulrich Obrist, Director of the Serpentine Galleries and Senior advisor of LUMA Arles. Under the title What world? At what scale?, the artists, physicist and curators will explore questions about ways of worldmaking, welcoming different concepts of the relationship between humans and their environment. 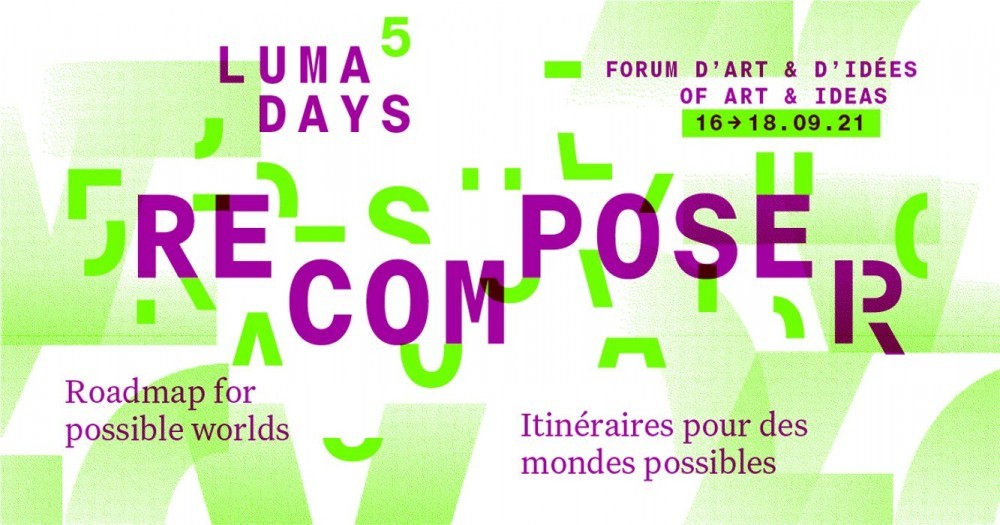 The entire LUMA Days 5 programme is available on LUMA Arles website.  The event will be onsite and streamed live on the LUMA LIVE platform.