In their pursuit of fundamental questions, art and science largely use different methods, means, and objectives. The focus of this symposium lies on the overlap between the almost ungraspable fundamental processes in physics, and the experimental sites and machines designed and created to render these tangible – and, in essence, offer a shimmering zone of physical proof for their existence.

The philosopher Wilfrid Sellars once proposed a conceptual separation between our impressions of everyday reality—which he called the “manifest image”—and the underlying fundamental process of that reality—which he called the “scientific image.” Regardless of whether we agree with Sellars (or with any dualism, including mind-body, conscious-unconscious, etc.), it is possible to conceive of bringing the two together: there are instances when scientific images do become manifest ones. For example, when, ten years ago in 2012, the existence of the Higgs boson was confirmed by groundbreaking experiments at CERN in Geneva, the subatomic particle in question did not show up as a picture, but as a statistic incident: a slight bump in a graph. The Large Hadron Collider, the largest particle accelerator ever built, was designed to obtain this as part of a broad research programme to advance our understanding of the universe we live in. Indeed, ever-more elusive fundamentals need ever-more ambitious machines and structures: in 2019, the Event Horizon Telescope—a global network of synchronized radio observatories—rendered the first composite image of a black hole. Similar to the Higgs’s discovery, such an achievement, in equal parts science and art, bridges two ideas of the observable world and brings them together.

Since 2019, Arts at CERN and HEAD–Genève have been co-organizing annual symposiums. After the first edition Science meets fiction, Re: View from Nowhere brought together physicists, theorists, artists, and curators in 2020, organized in collaboration with Metahaven. Fundamental is the third edition, jointly organized with Kunsthall Trondheim. 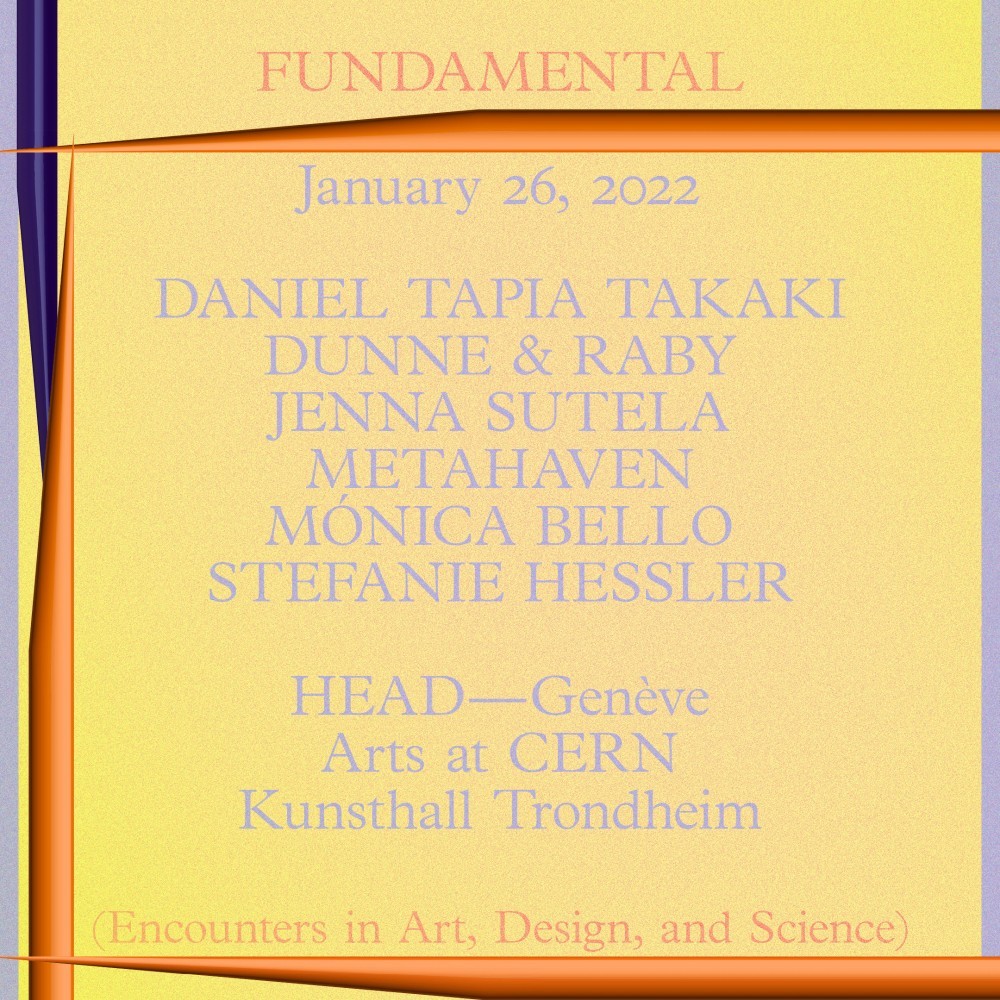 Read more
Re: View from Nowhere
Exhibitions and events