Black Quantum Futurism present the exhibition CPT Reversal at REDCAT (Los Angeles, US), including the first works of art resulting from their research during their Collide residency—a new soundscape featuring scientists exploring time and the installation CPT Timeline.

Black Quantum Futurism, the interdisciplinary creative practice between Camae Ayewa and Rasheedah Phillips, received the Collide Award in 2020 for their project CPT Symmetry and Violations. Between September and October, Rasheedah Phillips expanded their artistic research at CERN and Barcelona, exploring during their residencies how fundamental physics can influence the way people think about, experience, and measure time in everyday reality. You can read more about their residency, their meetings with the scientific communities, and their research in the Laboratory here.

The show’s title comes from the acronym commonly understood in the United States as ‘Colored People’s Time’. The artists argue it refers to a stereotype of Black people as chronically late, but also a cultural understanding that experiences do not adhere to strict schedules and linear understandings of time. In physics, CPT stands for ‘charge, parity, and time reversal,’ a fundamental symmetry that applies to all physical laws and all physical phenomena. Creating a connection between both meanings of the acronym, the artists examine in CPT Reversal time and temporality at various scales and dimensions—personal, interpersonal, communal, global, and cosmic.

CP Timeline (2021) draws on their research in the Laboratory from engaging with several physicists working in the search for violations of CPT symmetry, which has not been proven experimentally yet. The multi-arrow graphic illustrates paths between key discoveries in the history of physics and relevant events in the use of CP Time. From the first appearance of the CPT theorem in the work of physicist Julian Schwinger to J.L. King CP Time’s book examining how Black people are affected by this stereotype, the mural presents a timeline that disrupts a traditional sequential linearity, relating these episodes that may seem historically unattached. For the artists, these episodes might be considered interconnected rather than accidental. 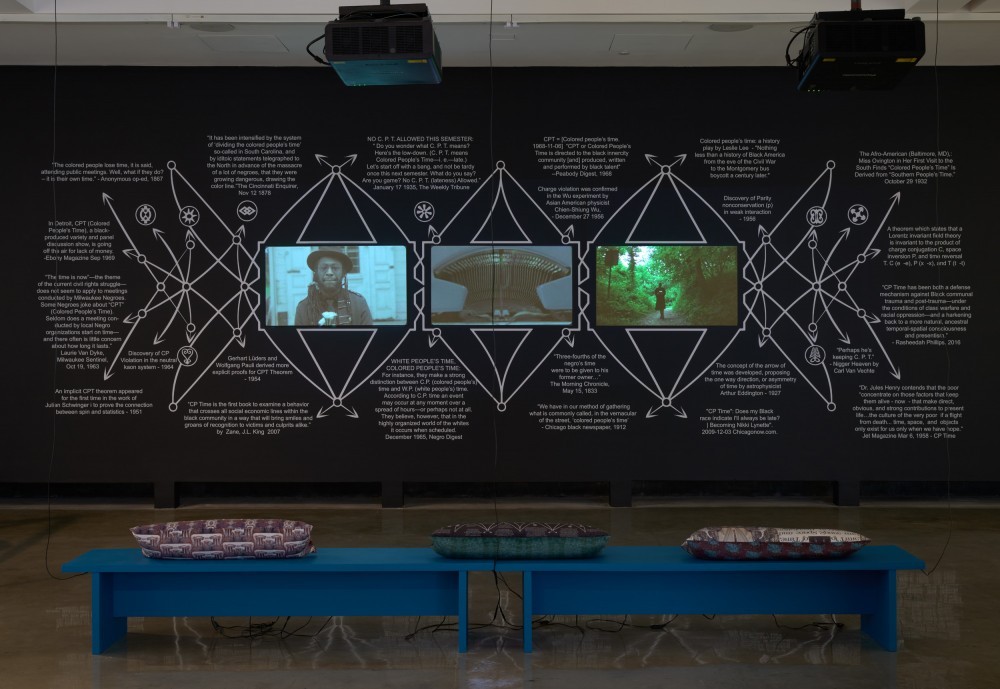 Premiering in the exhibition space, the soundscape, A System in Time, 2021, incorporates a conversation with theoretical physicist Wolfgang Lerche exploring notions of time, merged with the sounds and noises of CERN's technological landscapes, including the Data Center and the Antimatter Factory. Among other works in the show, their latest film, Write No History (2021), is presented as a three-channel video at the centre of the timeline. It features The Temporal Disruptors, members of an ancient secret society of Black scientists, healers, and writers transporting a ‘quantum time capsule’ between the future, past, and present. These conceptual tools, which the artists recently explored in an e-flux essay, include stories and objects usually rendered invisible, troubling our notions of past, present, future, history, and progress. Throughout the CPT Reversal, Black Quantum Futurism intends to ‘make visible the temporal meridians that connect, distort, and mirror each other, depending on one’s arrival or location on the timeline.’ 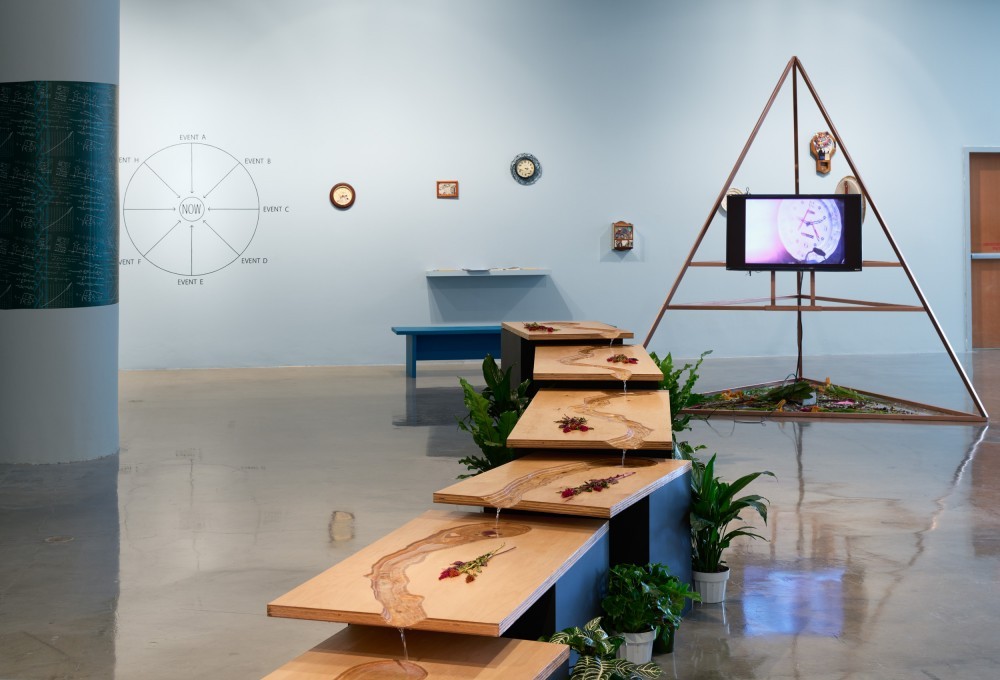 By the end of November, both Ayewa and Phillips will travel back to Barcelona to continue their art production with the community at Hangar Centre for Art Research and Production and their engagements with scientists from The Institute for High Energy Physics (IFAE) and The Institute of Cosmos Sciences (ICCUB). In 2022, we will welcome the artists back to CERN to complete their three-month residency and to continue expanding their artistic research in the Laboratory.

CPT Reversal is on view at REDCAT, CalArts’ downtown centre for contemporary arts, from 6 November to 5 March 2022.