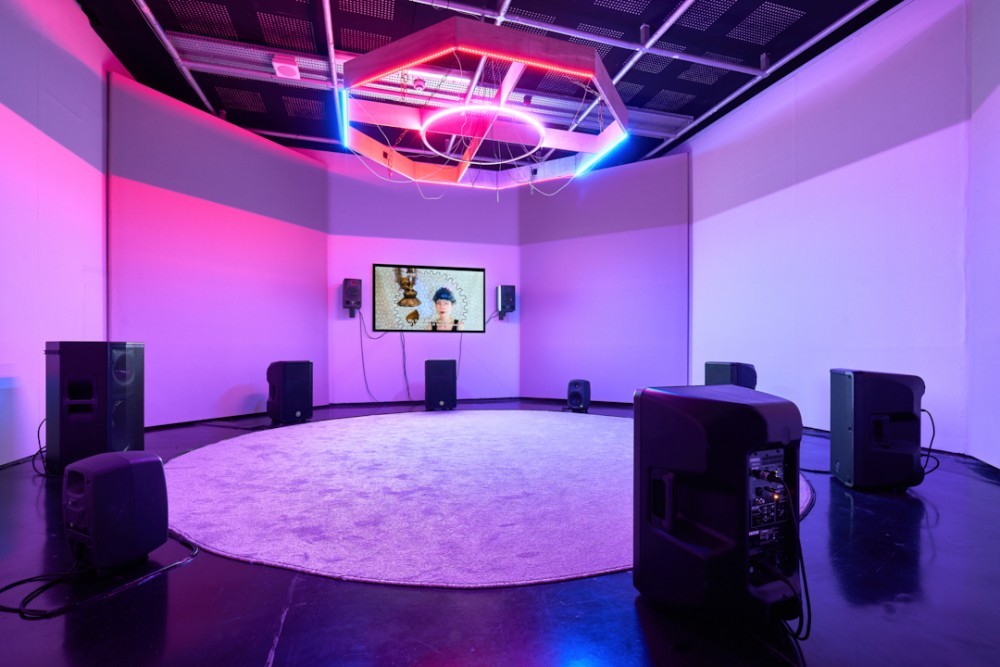 one1one questions one of the dominant themes of 20th-century philosophy (and increasingly science): what is an appropriate language to describe the world, and how does that choice determine what can be known?

When describing fundamental physics we use mathematics, defined as a sort of universal language. But the more we discover about the fundamental laws of the universe, the less the ‘real world’ makes sense. one1one fictionalises a situation in the year 4250, where spoken communication is rendered archaic and defunct due to the supernatural, mystical and spiritual phenomena.

one1one examines language as a human technology: drawing on incantation, ritual, and the relationship between written and spoken word. A video manifesto, combined with electric circuits which generate light, sound and disruptions to moving image creates a seemingly synesthetic installation. Through this series of sensorial stimuli, hrm199 aim to scrutinise the limitations of how human language can make sense of things, particularly the contradictions of meaning which can occur when it is used to describe fundamental science. 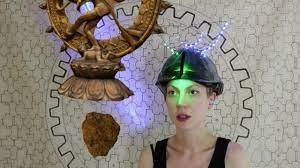 hrm199 (Haroon Mirza and Jack Jelfs) received the Collide Award in 2017, a partnership programme between Arts at CERN and FACT (2015-2018). This work was co-produced by ScANNER. Supported by Lighthouse, Brighton.