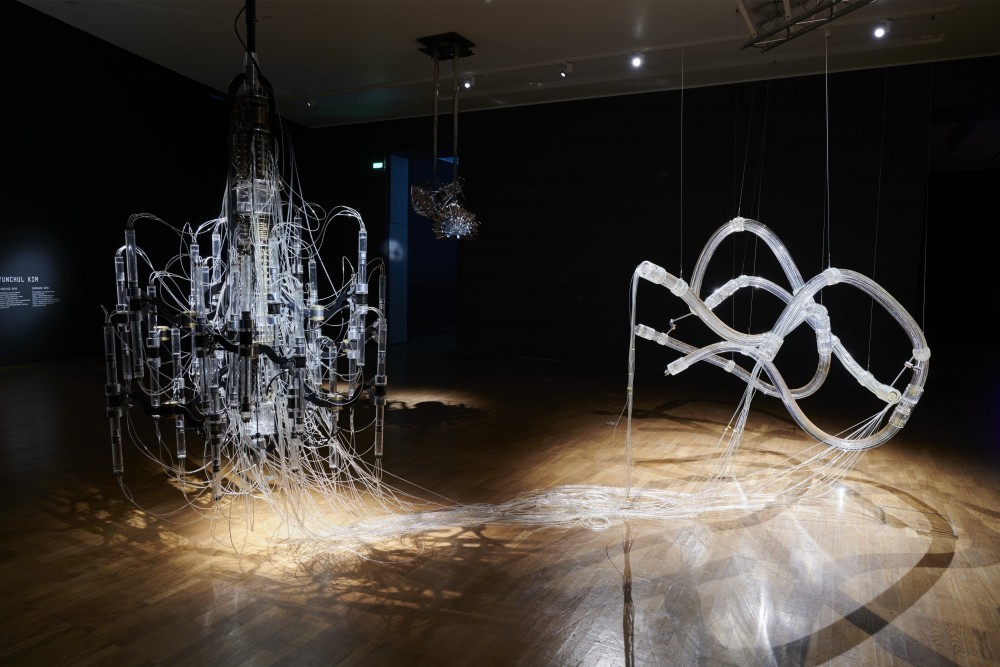 Cascade explores matter by capturing the pattern of muons: i.e. electrically charged subatomic particles. It does so through an installation comprised of three live elements: a muon detector; a complex assemblage of pumps; and an arrangement of tubes through which fluid flows. When muons are detected, a light and connected pumps are activated, triggering the movement of an uncanny, viscous fluid through the sculptural system. 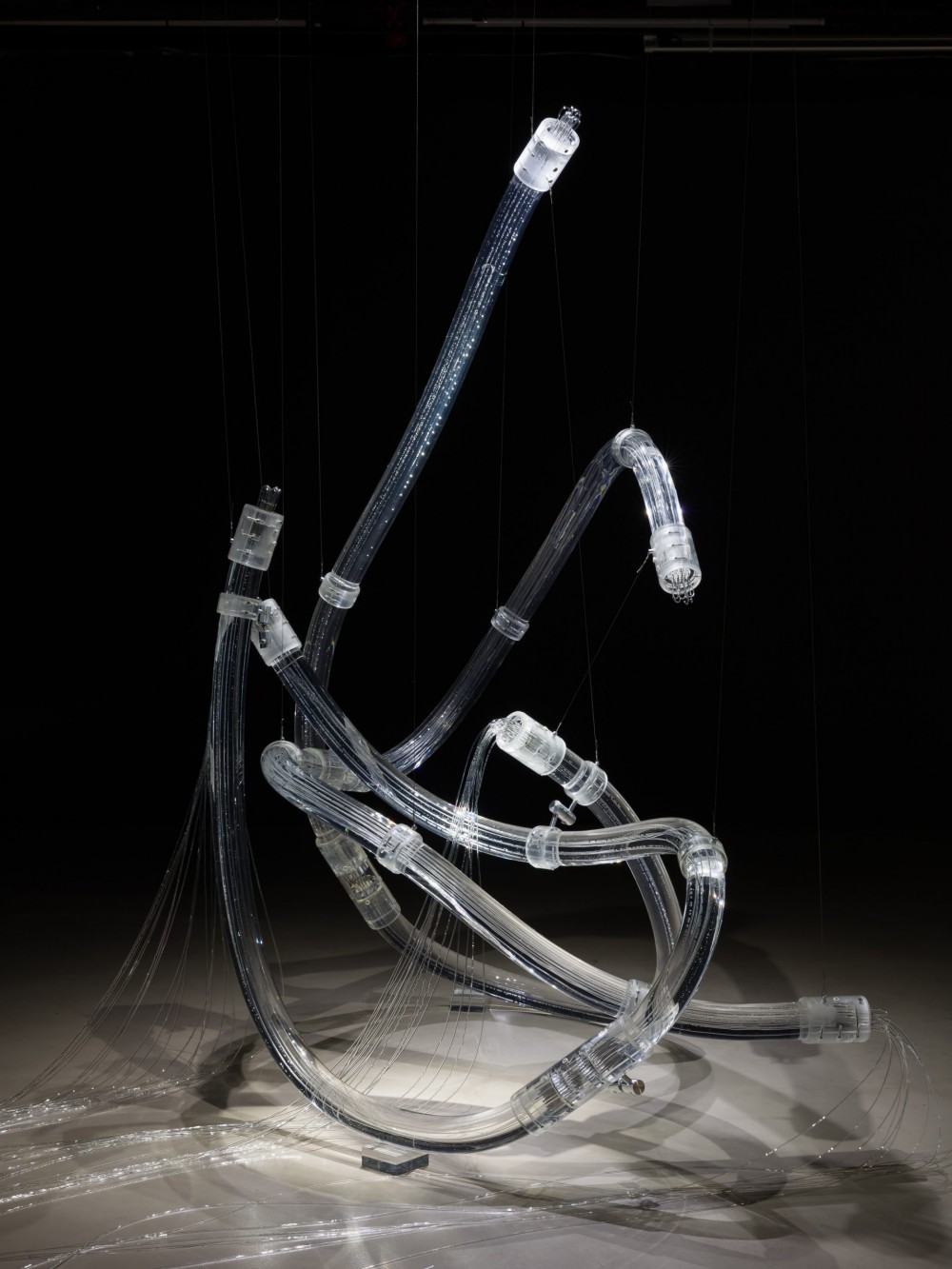 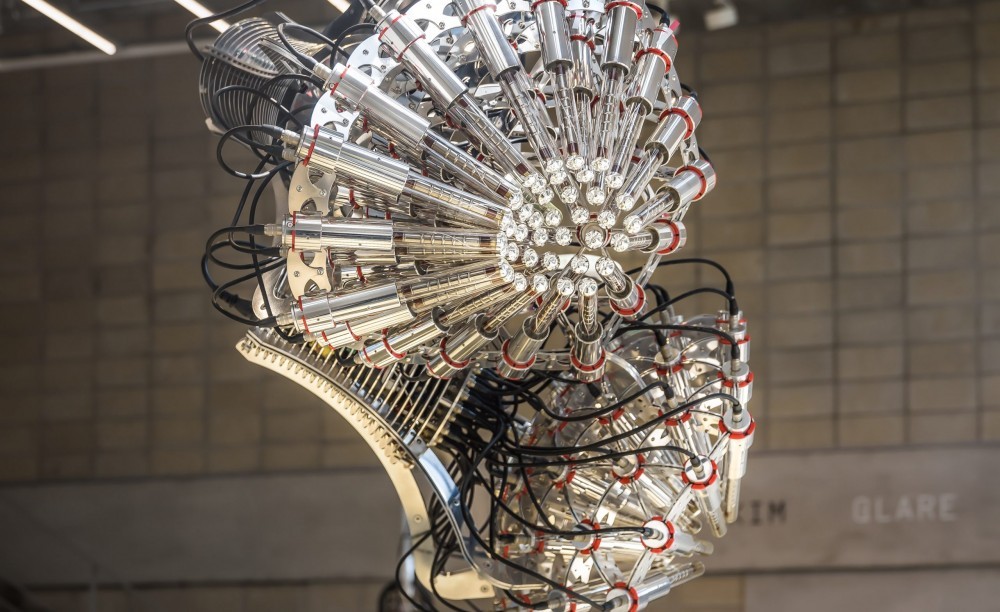 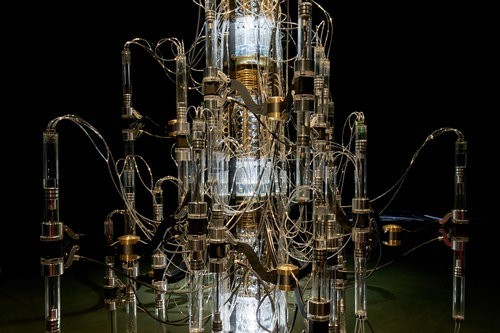 Highlighting the patterns of movements and reactions from invisible particle collisions in a physical reality, Kim explores fluidity as a means of investigating inside materials, and the particular condition of matter. The mysteriously beautiful objects not only visualize a kinetic experiment, but also create a living organism that interacts with its environment, triggered by the detection of these invisible and fundamental particles.

Yunchul Kim was in residency at CERN as the winner of Collide in 2016, a partnership programme between Arts at CERN and FACT (2015-2018). This work was developed as part of the Award and co-produced by ScANNER. Supported by Korean Cultural Centre UK and Arts Council Korea.