One of Japan’s leading electronic composers and visual artists, Ryoji Ikeda explores the essential characteristics of sound and light through mathematical precision and aesthetics. His works materialise as audiovisual installations and immersive live performances that test the limits of human perception and perspective, orchestrating sound, visuals, materials, physical phenomena and mathematical notions. Since the early 2000s, Ikeda has been working with scientific data, employing creative coding to develop an audiovisual language to explore what he terms ‘an aesthetics of data, information and computer science’

Between 2014-2015, Ikeda was in residence at CERN as the winner of the third edition of the Collide Award, in partnership during that time with Ars Electronica in Linz. In a recent interview with The Guardian, Ikeda shared about his experience at the Laboratory. ‘Handed a set of keys and the freedom to roam the labs at will, he felt that the quest to resolve the mystery of the universe was premised on blind faith: the research performed by the scientists [at CERN] is “completely invisible”, so “unthinkably small that they can’t see it or touch it”’. 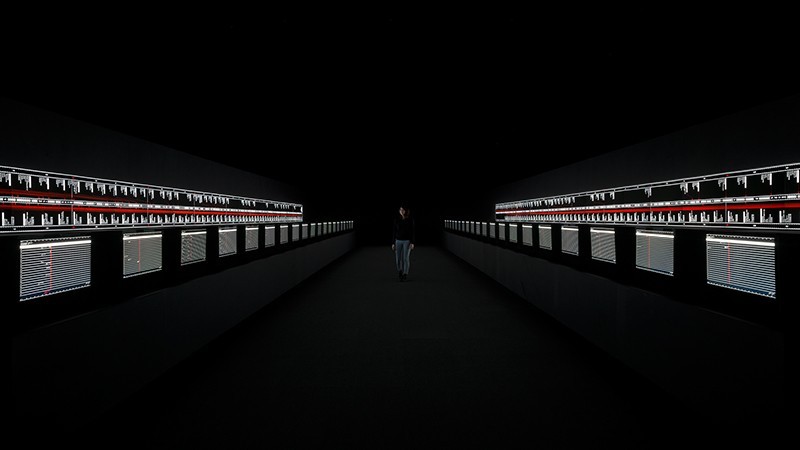 Following his exploration of physics and his time at CERN, Ikeda produced two artworks. Meshing sound, visual data and high-speed light displays, the large-scale installation supersymmetry presented an artistic vision of the reality of nature through an immersive and sensory experience. Supersymmetry is a proposed extension of the Standard Model of particle physics, which currently best describes the subatomic world. This year marks the 10th anniversary of the detection of the Higgs boson at CERN, two years before Ikeda’s residency, which completed the SM and opened possibilities to look for portals towards new physics. The supersymmetry theory proposes a partner particle for each particle to help explain why particles have mass. However, ​​no evidence for supersymmetry has been found to date. In a hypnotic and disorientating journey, Ikeda’s work pairs the two installations [experiment] and [experience], corresponding to the relationships between experimentation and observation in particle physics. supersymmetry was co-produced by Yamaguchi Center for Arts and Media (YCAM) and le lieu unique (Nantes).

The second work developed during his residency is the installation micro | macro, produced by the ZKM, Center for Art and Media Karlsruhe. In this immersive experience, Ikeda refers to the Planck Scale – the universe’s minimum limit, beyond which the laws of physics break. The two interrelated audiovisual projections – micro and macro – contrast the scale of subatomic particles that elude human perception to the observable universe, testing the limits of what is knowable to us. Between 2015-2019, micro | macro was displayed at the ZKM, the Wiener Festwochen (Austria), Carriageworks, Sydney (Australia), the Taipei Fine Arts Museum (Taiwan). 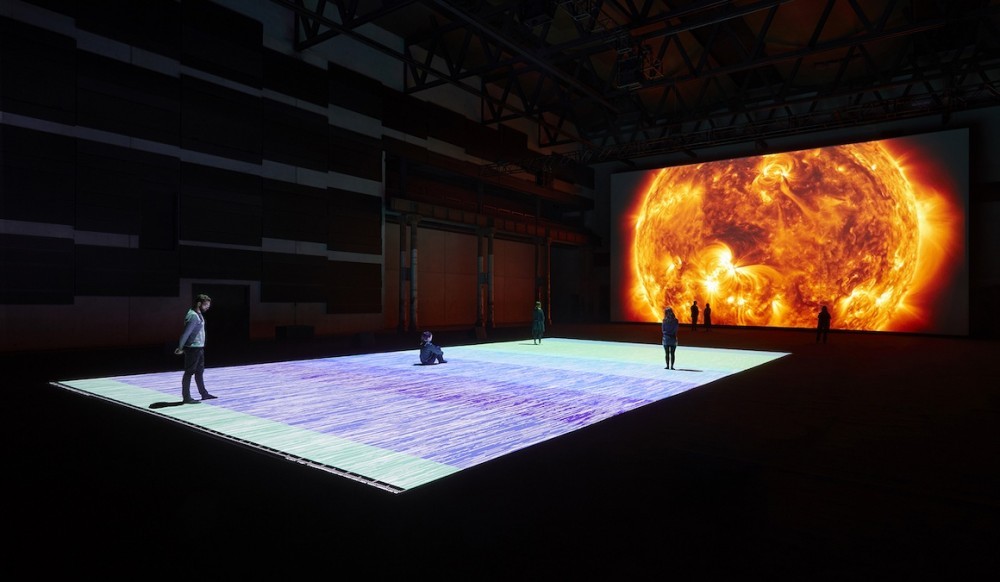 On 17 February, Ikeda will present a live audiovisual performance at the Salle de l’Alhambra, Geneva, as part of the Antigel Festival. During his stay in Switzerland, the Japanese artist will make a short visit to CERN, returning to further explore his fascination for fundamental science and CERN’s research.