Richard Mosse starts his residency at CERN and art commission

After several online encounters with scientists, Richard Mosse starts his residency at CERN to produce an art commission in connection with his series of photographic maps of the Amazon rainforest.

Irish photographer Richard Mosse pushes the boundaries of what is possible in documentary photography. Moose broke into the public a decade ago with his photographic series Infra, investigating the conflict in the Democratic Republic of Congo. The images were captured with Kodak Aerochrome, a discontinued reconnaissance infrared film once used for military surveillance. Interested in the ‘unseen’ and in registering invisible life forms, Mosse continued his exploration of infrared film technologies as a way to tell complex documentary narratives. For the photographic series Incoming, Mosse followed the impossible journey of refugees unfolding across Europe, the Middle East and North Africa. Using a military-grade camera designed for long-range border surveillance, Mosse attempts to confront the viewer with how governments represent – and therefore regard – the refugee.

For the past years, Richard has turned to the Amazon to document the effects of environmental degradation by industrialised farming and deforestation for his project Tristes Tropiques. Employing geographic interpretation system (GIS) technology, Mosse processed thousands of multispectral images captured above each site by drone to create large-scale photographic maps that document environmental degradation across Brazil’s ‘arc of fire’. 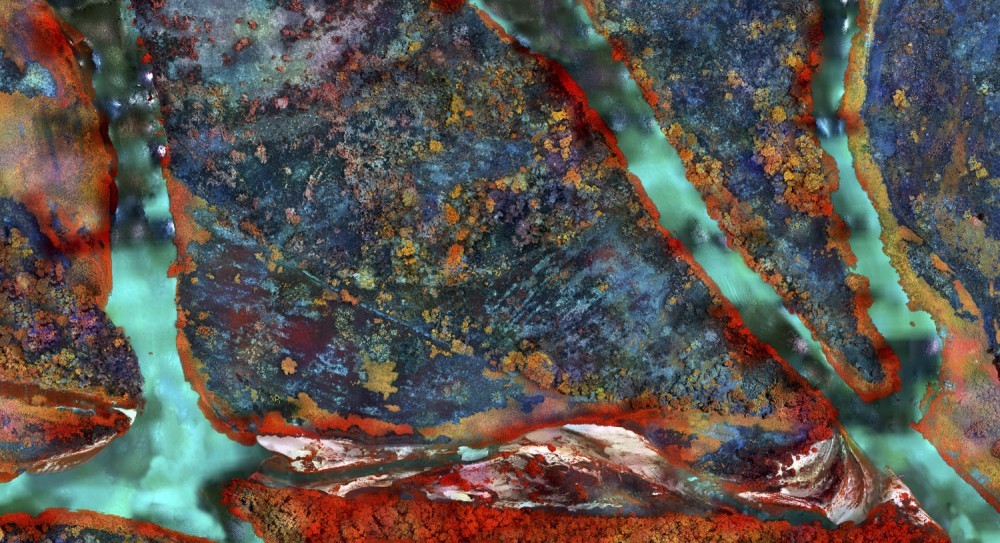 Scientists use multispectral imaging to detect deforestation, carbon dioxide release, toxic pollution and other aspects of damage to the fragile ecosystem, which attracted Mosse to use this medium reflexively. ‘One of the main reasons to embrace multispectral cameras technologies is because scientists use them to detect environmental changes, and they can imagine the extent of that through this camera technology. I realised that it accidentally produces a very beautiful colour palette, but it also works metaphorically as part of the narrative I’m trying to depict. It also can be used in certain instances to show the scale upon the landscape or the topology or the natural environment of man’s destructive traces and pollution’, he explained in a podcast with Monocle.

In connection with Tristes Tropiques, Richard Mosse will start his remote residency at CERN with a series of dialogues with scientists, engineers and staff for a new art commission. This residency and art commission is possible thanks to the support to Arts at CERN of the Didier and Martine Primat Foundation and its special fund Odonata as part of a multi-year partnership and grant scheme that aims to foster creative interactions between arts, sciences and nature.

In Mosse’s words, ‘With this residency, I’ll be able to communicate and start to use CERN's network of experts and their extraordinary level of experiences, understandings of very obscure scientific phenomena. This information will help me dive into the forensic data I’m capturing with the multispectral camera to reveal these traces and show them to the viewer through the reassignment of red, green, and blue colours. Hopefully, that could be a more impactful and meaningful way of telling stories beyond other photographs of the rainforest on fire’. 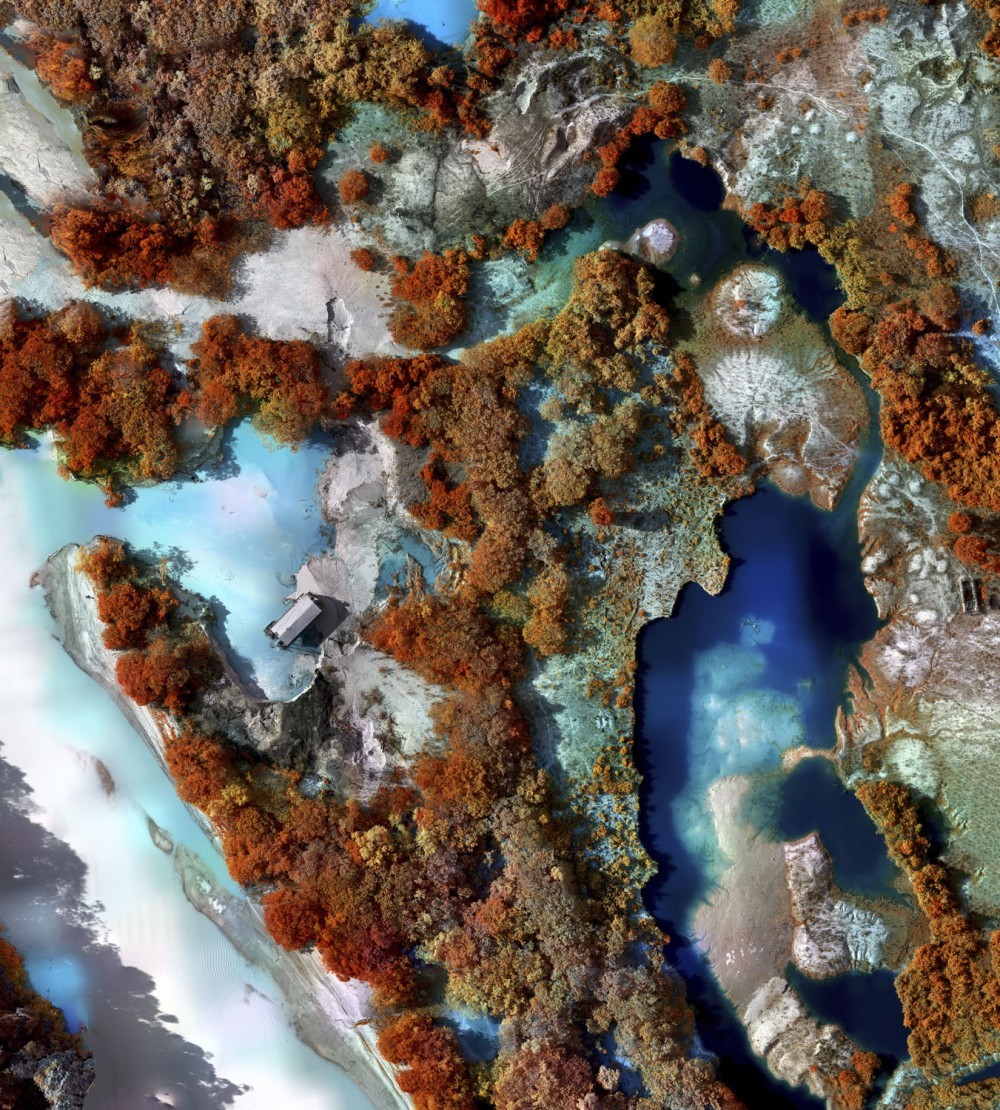 Main image: Richard Mosse and  Filippo Resnati, Technical Coordinator of the CERN Neutrino Platform, at one of the ProtoDUNE neutrino detectors.