The international touring exhibition Quantum/Broken Symmetries began at Collide International, the programme of Arts at CERN in collaboration with FACT Liverpool between 2016 and 2018. The exhibition brings together 12 artworks by 11 international artists who were invited to reside at CERN to advance their artistic practice by establishing dialogues with particle physicists, engineers, IT experts and staff. From 30 October 2020 – 21 February 2021, Broken Symmetries will be hosted at Kumu Art Museum in Tallinn (Estonia).

Particle physics and the aesthetic complexity of accelerators together create endless inspiration for artists seeking to imagine scientific objects with artistic expression. In recent years, CERN, the European Laboratory for Particle Physics in Geneva, has fostered novel models of collaboration between the arts and science within the context of the lab. Artists are invited to spend time in the lab establishing significant dialogues with physicists, engineers and the staff of the laboratory, and they become members of the unique fundamental science community.

Broken Symmetries/Quantum gathers the outcome of these exchanges under the curation of Mónica Bello, curator and head of Arts at CERN, and Peruvian researcher and curator José Carlos Mariátegui along with the physicist José Ignacio Latorre as the scientific advisor. The exhibition also expresses the synergies of the artists within CERN’s extraordinary creative community of scientists, engineers and staff. 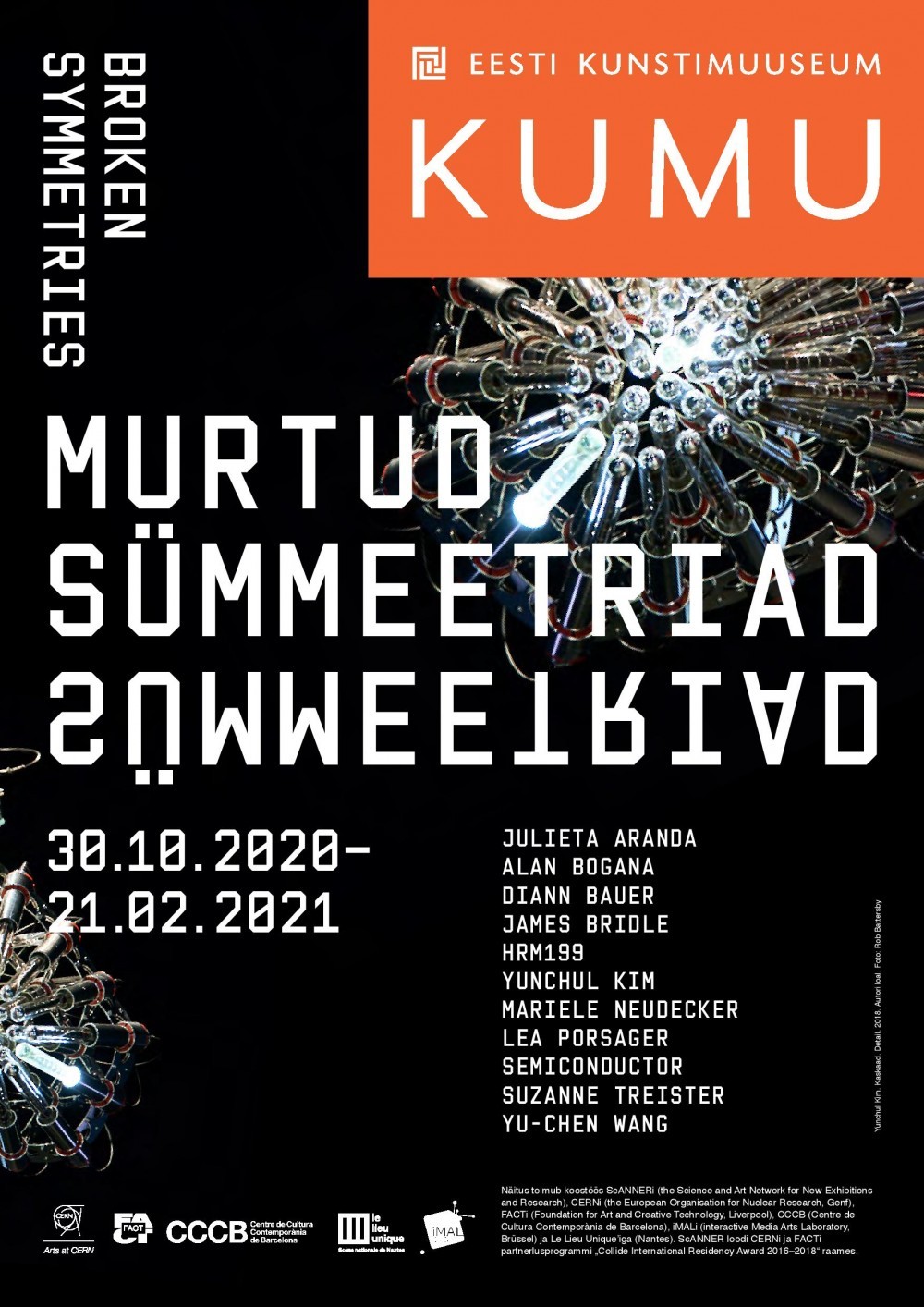 The travelling exhibition explores the influence of physics in culture and creativity across disciplines and has adapted to several museums: FACT Liverpool (2018);  CCCB, Barcelona (2019); iMAL, Brussels (2020); National Taiwan Museum of Fine Arts, Taichung (2020); Le Lieu Unique, Nantes (2021). If you miss the opportunity in these museums, explore Broken Symmetries online at FACT Liverpool.

The exhibition is co-produced by ScANNER (the Science and Art Network for New Exhibitions and Research), a consortium created by CERN, Geneva; FACT, Liverpool; CCCB, Barcelona; iMAL, Brussels and Le Lieu Unique, Nantes.